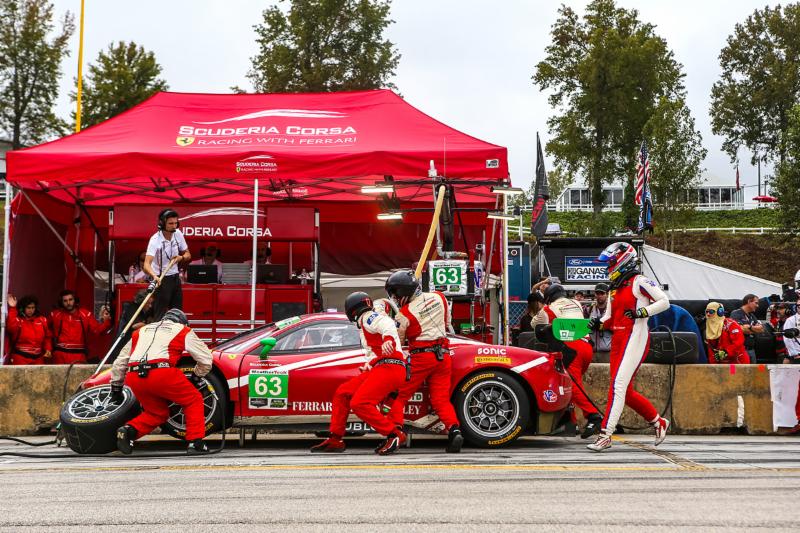 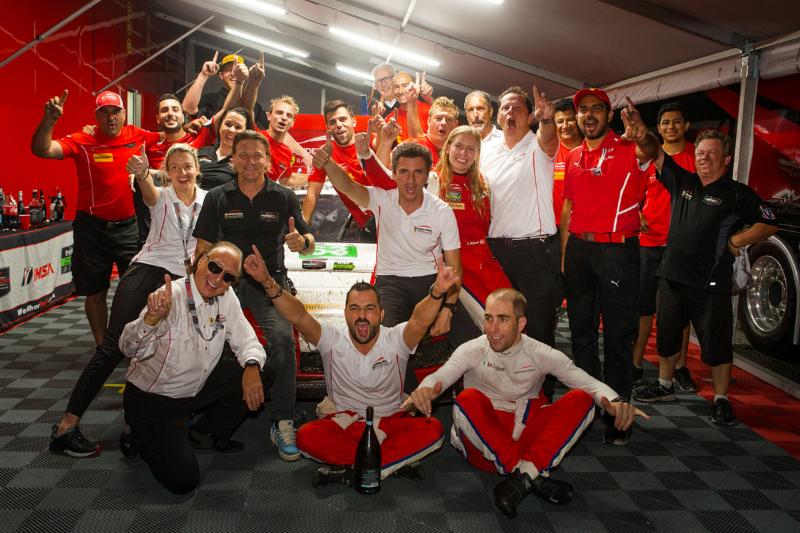 BRASELTON, Georgia (October 8, 2017)– For the third consecutive year and fourth time in five years, Scuderia Corsa emerged from Saturday’s season-ending Petit Le Mans as the reigning IMSA Team and Drivers’ Champions in in the GTD category. The team’s continued resolve would lead to an incredible fight throughout the race to earn valuable points, clinching the Manufacturer’s Crown for Ferrari in the process.

With the No. 63 Ferrari 488 GT3 needing only to take the green flag to secure the IMSA title for both the team and its full-season drivers, Christina Nielsen and Alessandro Balzan, a pole position would kick off the race with incredible momentum. Proving the team’s resolve to earn valuable points for Ferrari in the Manufacturer’s Championship, a good series of stints combined with an excellent work by the crew after a forced stop in the garage at the fifth hour, flawless pits and strategy, would elevate the team to hard fought ninth place, which would earn critical Manufacturers points. On the 70th Anniversary of Ferrari, Scuderia Corsa’s finishing position would take the Manufacturer’s Crown by three points, proving every position counted in the team’s fight.

The result would highlight an incredible IMSA season, which included not only a victory at Laguna Seca, but an unprecedented eight podiums in 12 races, including six consecutive.

For Christina Nielsen, the team’s past success set the stage for today’s comeback.

“I knew it was going to be a challenge,” stated Nielsen. “We always come in with the mentality that every championship we have to come in starting from zero, and you can’t rely on any of the results that you’ve had. We had the championship for Ferrari in mind, but honestly at Scuderia Corsa we always go in to every race to fight. That’s the beauty of this team and that’s what makes it so special.”

For Alessandro Balzan, a title for Ferrari would prove a great compliment to a championship season.

“The P9 was crucial today because our main competition ended up fourth, so it was important for the Manufacturer’s Championship,” stated Balzan. “It was not easy because we were really far back, so it was great. We had a challenge, but we took care of the car, drove safe, watched out for the prototypes, and it was great. It’s my fourth season with Scuderia Corsa, three championships, it’s a dream and nothing I could have imagined when I started.”

For Giacomo Mattioli, the team’s continued resolve is instrumental in their repeated success.

“I couldn’t be happier to not only win our fourth IMSA championship in five years, but to deliver such a special championship to Ferrari in its 70th Anniversary and the day before its official celebration in New York” stated Giacomo Mattioli, team owner of Scuderia Corsa. “Everyone on the team was ready to fight and never give up, and it’s that spirit that was able to secure another championship for our team, drivers, as well as Ferrari. I’m extremely proud of each of my team member, and I look forward to even further success in 2018!”

While the 2017 IMSA season has come to a close, Scuderia Corsa’s efforts remain on-going, with plans for 2018 already in progress as well as campaigning multiple entries in the upcoming Ferrari Challenge Finali Mondiali in Mugello, Italy from October 26-29.