With Podium in Austin, Championship is Within Reach for Scuderia Corsa 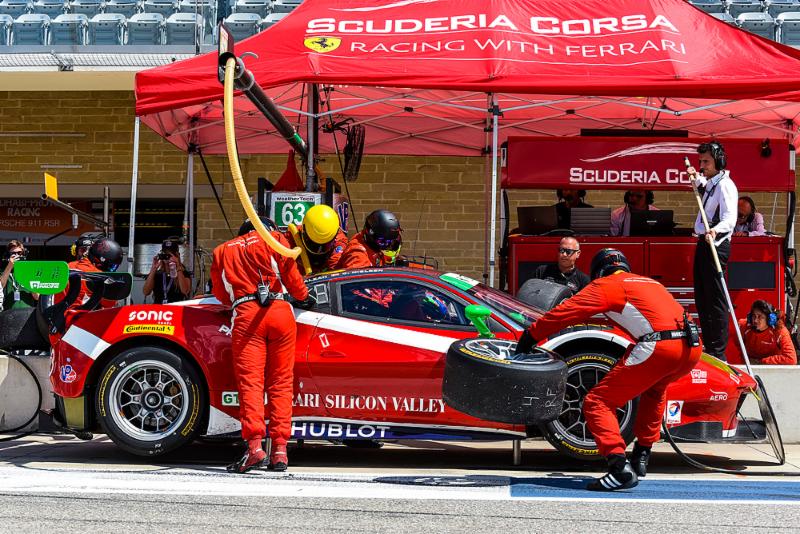 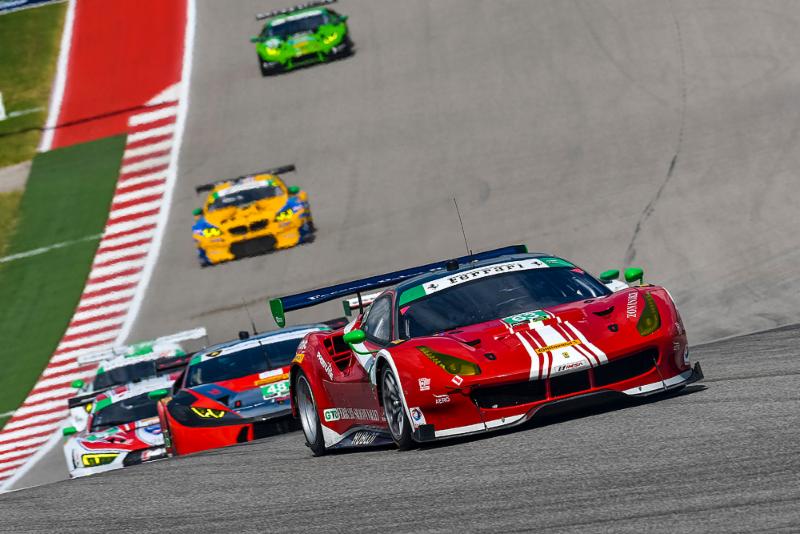 With temperatures approaching 100 degrees at the circuit, the duo drove the no. 63 Scuderia Corsa Ferrari 488 GT3 to third position in the GT-Daytona class. A strong start by Nielsen saw the Ferrari move from fifth to fourth position, establishing a strong position for the team in the early stages. However, when Balzan took the car over he found himself in tenth position. Eager to grow the championship lead as much as possible, Balzan battled forward – gaining positions the hard way in a very closely-fought GT-D field.

Balzan had made it up to fourth position with the Ferrari showing battle scars on both sides of the car, and an early race strategy decision on fuel enabled him to pass for third position on the final lap.

“A podium is always nice, but early in the race I was thinking about our closest championship competitors,” said Nielsen. “As soon as we got through the start and was in fourth position, I knew that we had a big gap to them so I began to back off to give the car to Balzan in good condition. Scuderia Corsa gave us an amazing car today. It was a total pleasure to drive and I loved every minute of it, even though it was way too hot!”

“The Ferrari 488 GT3 was great today, especially in the really bad heat we had today,” said Balzan. “Christina and the team did an amazing job this weekend to bring us so close to the championship. To score another podium is incredible and now we are all very excited to go to Petit Le Mans and win the title for Scuderia Corsa and Ferrari.”

With their sixth podium result of the season, Nielsen and Balzan have extended their lead to 32 points with one race remaining. To secure the season championship, the drivers will only have to meet the minimum drive time requirements in the final race at Petit LeMans.

“Today was a wild race, with a lot of contact,” said Giacomo Mattioli, Scuderia Corsa Team Owner. “The car was competitive, and Christina did a great job in her stint and Alessandro was phenomenal. He delivered a big performance exactly when we needed it. I’d like to commend the crew for their stamina and work ethic. They executed perfectly notwithstanding the miserable weather conditions. We are now heading to Petit Le Mans with a good lead in the championship – as usual it comes down to the last race!”

The final round of the IMSA SportsCar Championship will be the 10-hour / 1000-mile Petit Le Mans on September 29-October 1 at Road America in Braselton, Georgia.

Previous Post Victory for Fredric Aasbo in Canada on Motegi Technomesh D wheels Next Post Scuderia Corsa Repeat as IMSA Champions with Petit Le Mans Podium
Menu
To give you the best possible experience, this site uses cookies. For information about cookies and how you can disable them view our Cookie Privacy Policy.OK